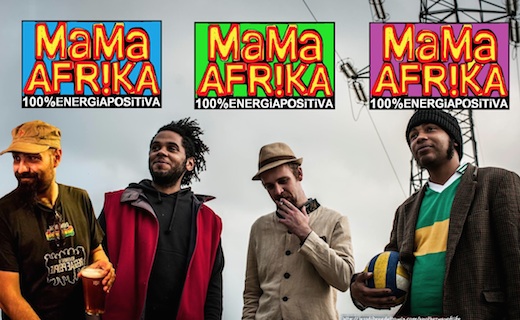 100% positive energy (Bologna, Italy)
MaMaAFR!KA is an artistic collective that provides an explosive and original show, mixing the typical elements of different musical genres including reggae, ska, rumba, rap, punk, samba, Ragamuffin, folk, funk and rock in the style world / pachanka.
This artistic project that was born around the figure of BBCiCO''Z .... eclectic and visionary artist who lives in Bologna, Italy.

MaMaAFR! KA "fights" for the integration, human consciousness, the Cultural Revolution and energy independence, with a message full of positive energy, magic, peace and love, and that's as has been seen in the first part of Manu Chao in Italy in August 2014. 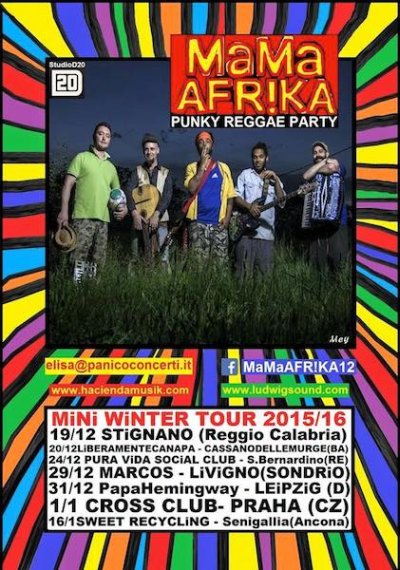 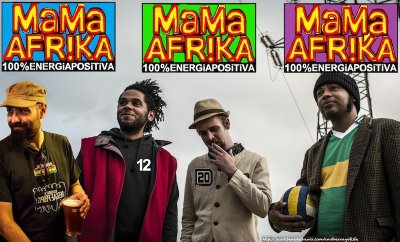 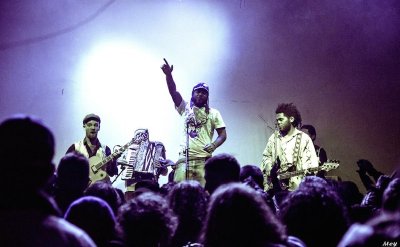 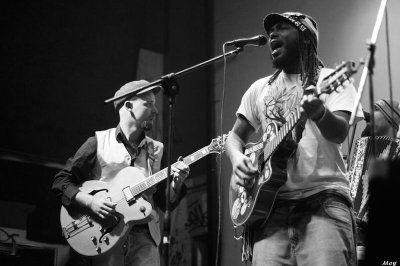 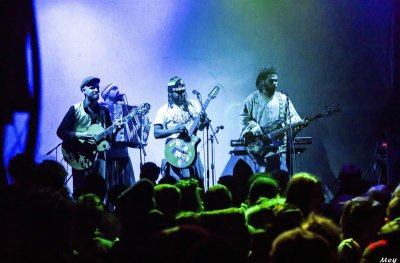 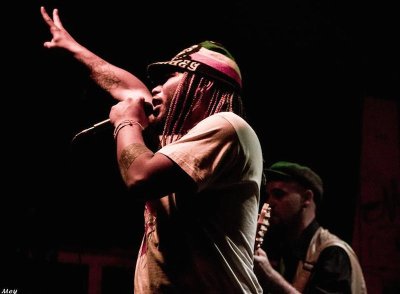 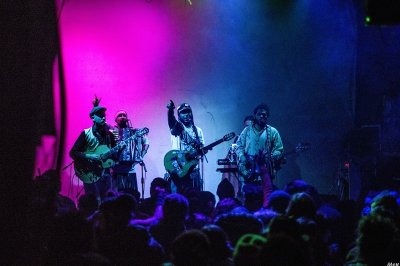 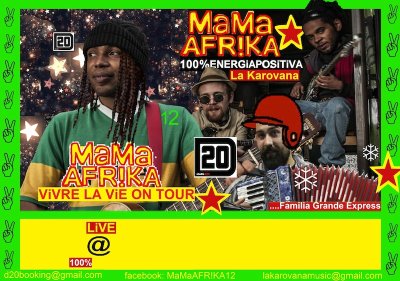